Women who have a child with fragile X syndrome (FXS) and are themselves carriers of a “premutation” in the gene linked to FXS are at an increased risk of developing depression and certain kinds of anxiety disorders over time, according to a recent study by researchers at the Waisman Center and the University of South Carolina.

FXS is the most common cause of inherited intellectual disability in males and the most frequent single-gene cause of autism spectrum disorders (ASD). In individuals with FXS, the body does not make the fragile X mental retardation (FMR) protein, which is needed for typical mental development. People with FXS face learning difficulties, social anxiety and hypersensitivity to sensory stimuli.

The blueprint to make FMR protein is contained in the FMR1 gene, which has varying numbers of a specific DNA pattern, called a CGG triplet repeat. Most people have between 5 and 40 CGG repeats, while individuals who have FXS have more than 200 CGG repeats. People with 55 to 200 repeats are said to have a premutation.

Women who have a premutation in the FMR1 gene don’t have FXS, but their children are at an increased risk of developing the disorder. FMR1 premutation can cause a number of fragile X-associated disorders, such as early menopause.

Recently, FMR1 premutations have been linked to an increased risk of developing mental health conditions, such as depression and anxiety disorders. But not much is known about how the psychiatric challenges faced by individuals with FMR1 premutations progress over time. 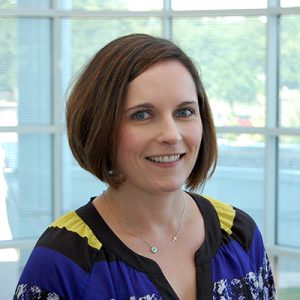 “Both depression and anxiety can continue to change over time,” says Lindsay McCary, director of the Autism and Developmental Disabilities Clinic at the Waisman Center and part of the research team that conducted this study. In fact, “some moms talked about being anxious for as long as they could remember,” says McCary, “which means there wasn’t a clear start point [for the anxiety] and having a longitudinal perspective is really helpful.”

Over three years, researchers followed 83 women who had children with FXS and had between 68 and 163 CGG repeats in their FMR1 genes. The mothers were evaluated for mood and anxiety disorders using a clinical diagnostic test.

The study showed that incidences of both depression and anxiety increased significantly over the three-year span. But the relationship between the number of CGG repeats in the FMR1 genes of the mothers in the study and the mental health issues they faced was a complex one.

The research seems to show that individuals with a moderate number of CGG repeats—not too few, not too many—were at the greatest risk of facing mental health challenges. It is still unclear why that’s the case, and McCary says that a number of researchers are exploring the link between different numbers of CGG repeats and depression and anxiety.

The longitudinal nature of the study also allowed the researchers to tease apart some of the environmental and genetic causes that lead to an increase in depression and anxiety over time.

A large percentage of the women experienced their first depressive episode or first anxiety episode prior to the birth of their child with fragile X. “That shows the episodes are not fully accounted for by an environmental occurrence, such as childbirth, and there’s clearly some genetic contribution,” says McCary.

But environmental factors play a role as well; for example, having to deal with chronic child behavior problems and being unmarried were both associated with an increased risk of depression.

McCary is hopeful that understanding these environmental influences will point the way to developing interventions and therapies for the women affected. “We saw moms who had a remission of their symptoms too, so it’s not a gloom-and-doom picture that because you are at higher risk of these disorders, they will get worse over time,” says McCary.

That’s the direction McCary sees her research going. “I think the next step is looking at some resiliency factors, such as social connectivity, and exploring how they might have a buffering effect,” she says.